Fantasy is More Fun is on a hiatus (that may become permanent), but you can still read posts from Berls. Come see me at my new home Because Reading! See you soon!

Life of a Blogger is a weekly meme hosted by Jessi @ Novel Heartbeat. Each week Jessi chooses a topic (scheduled in advance) that’s not book related so we that we can get to know our fellow bloggers better – and to know more about them than just books. I’m thrilled to join in and I hope to participate as often as possible. I hope you’ll join in too – check out the details here!

This week’s topic: Concerts I’ve Been To

I’m not a big music person – which means I haven’t been to near as many concerts as probably a lot of you. And I don’t think I’d ever pay to go to one again honestly – big crowds, loud noises, late nights – that’s so not my thing. But I did have a phase where I tried to love music… and I went to some concerts. With the exception of the first concert, I actually really did (and still do to an extent) enjoy the artists. My first concert, on the other hand, was all about being a teenager and fitting in….

I’m not going to lie and say I didn’t like them – I did. I knew their songs and I had a hell of a crush on Kevin. 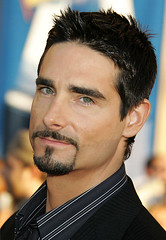 Hey, at least my 17 year old self had taste, right? The thing is, two weeks before I went to this concert, I didn’t know who Kevin (or any of the other members – whose names I’ve since forgotten) were and I didn’t realize that they actually sang the songs they sang (if you followed that sentence, ^5!). My friend wanted to go, but no one would go with her, so I decided I was a fan. It was exciting, but 30 minutes in, I was over it. I couldn’t see anything – we were in the nose bleeds. I think second to top row and I didn’t know the songs and it was so loud and I was tired. LOL yeah, I was such a fan. And that was my first concert.

Concert #2: Summer Nights at the Pier with Joe Sample and David Sanborn (2002)

I tried to find a picture for this one, but couldn’t find one. This wasn’t a tour, so much as a summer concert series that I happened to get to go to with my aunt and uncle when I visited them in Seattle. Thanks to Google, I know that the concert was August 23, 2002 and I remember that it was amazing. If every concert was like this, I would pay serious money to go regularly. First of all, this is more my kind of music. I like R&B, Smooth Jazz, and MoTown the most I think. I have serious appreciation for musicians that can play an instrument so beautiful – and not just use their voice (which, nowadays, they don’t even really use). I also loved the small setting – this wasn’t huge crowds – probably a few hundred people at the most. What made this concert even more incredible was that it was outside, on the harbor pier. It wasn’t stuffy and uncofortable. And have you ever heard what water does to music? If you haven’t, you need to. Truly beautiful and the best concert I’ve ever been to. Probably will be for the rest of my life. 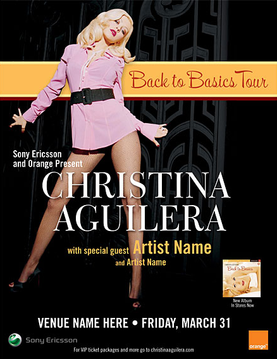 This concert was actually a lot of fun and I’m glad I did it, even if I’m not a concert person now. First of all, I went with a big group. I was working at the Gaylord Texan at this point and a bunch of us got together – I want to say there were 15 of us – and we used our Gaylord connections to make it a hell of a time. See, when you work at a resort you have connections to all kinds of concierges and limo companies, etc. So let’s see.

We started the night off by getting a suite at the Gaylord (Free of course, thanks to the two people in the group who worked at the front desk). We all got ready together – the suite had two rooms, so the girls changed in one and the guys in another. And then we got the party started with dancing, drinks and snacks in the huge living area of the suite. Drinks and Snacks were from In-Room dining (Free, thanks to the person in our group who worked in that department). Then we went down to the circle drive and piled into two limos (Free, thanks to me – I was a conference coordinator and had connections in the transportation department). The limos were fully loaded with drinks and snacks (thanks again to me). Then we got to the concert, where we had amazing seats. They weren’t free, but they were 30 bucks a piece, thanks to the three people in the group who worked in concierge. And we had all these drink coupons thanks to the same three people in concierge. After the concert, we were drunk but it didn’t matter because we had limos, and we went back to the Gaylord and crashed in our suite. So I had an incredible night, living in luxury for $30, plus tips – so maybe $60 because we all tipped really well. If that’s what all concerts were like, maybe I’d do it. Nah, probably not. It was still loud and crowded and I’m so not into drinking and partying like that anymore. But it was an experience I’m glad I’ve had.

The concert itself was pretty great too. I remember that the Pussy Cat Dolls opened and I really liked them at the time. And Christina Aguilera has one hell of a voice and is one hell of a performer. So it was awesome. And I’ll never forget when she came out signing her first song and said “How you doing Houston?” and we all went “huh?” and started laughing because she was in Dallas. Poor thing, must be hard to be on the road like that. Someone obviously told her the mistake because the next time she talked she corrected herself and apologized. It was one of those fun moments that made the experience memorable. 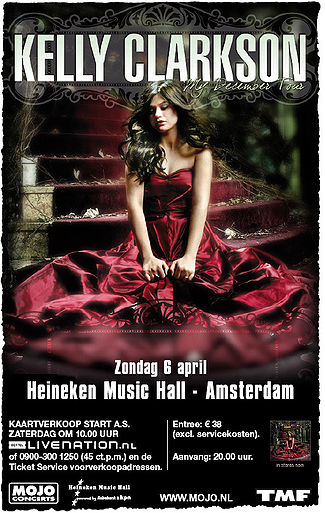 Even though this was the same year as the Back to Basics concert, the way I went was the complete opposite. One of my good friends at the time had just broken up with his boyfriend and they had two tickets to go to this concert. Ryan ended up with the tickets since he was the one that had bought them and he didn’t want to not go. So I went with him. And it was depressing as hell. Kelly Clarkson sings well, but the songs weren’t upbeat enough at all for his mood. I remember he had quit smoking about two months before and I spent a good part of the night keeping him from bumming smokes from people. He still doesn’t smoke, so I’m calling that night a victory, even if it wasn’t the best concert experience of my life. It’s the only concert of the four I’ve been to that I remember almost nothing about the music. Oh well. Probably not the best LAST CONCERT EVER but oh well, I was there for a friend and that’s what really matters.

What about you? What have your concert experiences been?